Hello, everyone after a discussion of “Why Signal App is Trending on App Stores” today I am going to share How to download and Use the Signal App on the Desktop and How to install Signal for Pc/Laptop. Before starting the discussion if you are visiting our website Fullonbuzz for the first time, please do subscribe to receive all the blog updates directly to your inbox and also make sure you allow push notifications so that you will receive push notifications to your devices whenever a new article is published. Along with the main topic, I will let you know about Signal App and its trending features.

Most of us are familiar with instant messaging apps, The list of private messaging apps are increasing day-to-day on the Google play store and iOS store. Very recently a new app named SIGNAL PRIVATE MESSENGER WAS TRENDING on app stores after a major privacy update from its rivalry “WHATSAPP MESSENGER”. Signal with its secure privacy policy grabbed many user’s attention. Most people around the world are preferring the signal app as an alternative to Whatsapp. Even Elon musk tweeted to consider using Signal App after the Whatsapp update.

What is Signal Private Messenger App?

Signal Private Messenger App is the best alternative and rival for Whatsapp. It was started by one of the former co-founders of Whatsapp, Brien Action in 2018. The signal app is very much similar to Whatsapp in all aspects like Voice Calling, Video Calling, End-To-End Encryption, Group Chat, and interface. This app got advanced privacy features where you cannot add anyone to the groups without their assent.

Is Signal Private Messenger App For Pc is Available?

This signal app is a complete application that was made available for all devices including Android, iPhone, iPad, MAC, Windows, Linux. As the signal app is officially available for Desktop devices one can freely download the signal desktop version for Windows, Mac, Linux from the official website and use the signal app on pc with no worries. Apart from the actual procedure, there is an alternative approach to download and install Signal for Pc/Laptop.

Whenever if there is a discussion about App for Pc, Emulation is the concept that comes into the picture. It is a simple process of emulating or rendering an app version of an application onto Pc/Laptop using third party software known as android emulators. So an alternative approach to download and install Signal for Pc/Laptop can be done by using emulators. In this article, I will be showing you How to Download and Install the Official Signal Desktop Version and How to download and install Signal App for Pc on Windows 10, Windows 8, or 8.1, Windows 7, and XP Operating systems using android emulators.

As said already, the Signal application is cross-platform and available for all devices including Android, Windows, Linux, etc. In order to download and install the Signal app for Pc you can use using either of the methods using official process or by using android emulators.

How to Download and Use Official Signal Desktop or Pc Version on Windows, Linux, Mac Computer

Download the Offical Signal Desktop App version from the below-provided links or from the official website Signal Foundation and proceed with the installation of the signal app on devices like windows, Linux, Mac, etc.

How to Use Signal Desktop Version on Windows PC/Laptop

If you are not interested in downloading and installing the Official Signal Desktop Version you can follow the alternate method Signal App download for Pc using Bluestacks or Nox Android emulator. But to download and install the Signal App for Pc/Laptop using Emulators, Make sure that your PC/Laptop fulfills the minimum requirements.

If you meet the PC requirements to download emulators, Download and install the most popular android emulators Bluestacks or Nox App Player to install Signal App for Pc on Windows 10/8/8.1/7/xp and Mac Os.

Guys, primarily you need to download and install the Official Bluestacks Android Emulator from the below link to your Computer, Laptop, or PC.

Guys if you are facing any issues with the bluestacks android emulator, You can try the Signal app for Pc/Laptop using Nox App Player.

This is all about, How to Download and Install the Signal App for Pc/Laptop by Using the Official Signal Desktop app and Emulators. If you are facing any issues with any of the procedures do check out the FAQS section for a quick resolution. You can also share your queries in the comment section for resolutions.

1. Is Official Signal App for Pc is Available?

2. Is it safe to use Emulator?

Yes, Absolutely it is safe to use an emulator. You can also download and install android apps on to Windows/Mac Pc using android emulators. 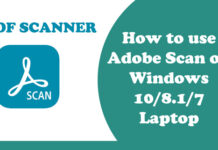 PDF Scanner – Adobe Scan for PC Download, How to use Adobe Scan on Windows 10/8.1/7 Laptop 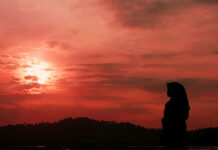 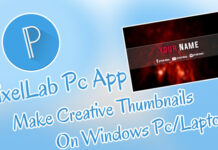 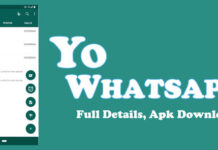 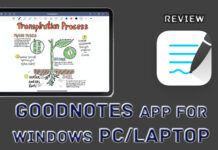 GoodNotes A Notes Making App!! How To Download and Use GoodNotes App on Windows 10,7,8.1 Pc/Laptop 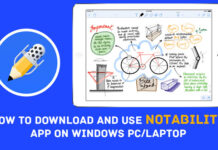