Howdy guys Welcome to a brand new addition to the category Games Like and today I’m going to share with you the Similar and best games like borderlands for Pc. But before letting you through the article, If you are visiting our blog for the first time and haven’t subscribed for the updates please do subscribe to get all the interesting updates that matter to you directly to your inbox and also allow us to push notifications so that you will be notified whenever I publish a new article. If you are a fan of the borderlands series games. You are in the right place, I have listed here the most popular games that are very much similar to the borderlands series that you love playing them.

Now Let me quickly go through the Borderlands game and its gameplay and proceed with the main discussion Games like Borderlands and alternative games to borderlands. Borderlands is an open-world action role-playing shooter video game. Borderlands video game theme is mainly based on vault hunters and the gameplay features many interesting missions and quests in the game. Likely the listed games like borderlands also have interesting gameplay which you love to play them. Check out below for more details.

Borderlands is an open-world action role-playing first-person shooter game developed by Gearbox Software company for PlayStation 3, Xbox 360, Windows, Mac OS X later for PlayStation 4. The game story mainly focuses on 4 “Vault Hunters”. Vault hunters are the one who explores the planet in search of Vault which contains advanced alien technology and other precious items. Hunters will find the vault while battling the life on the planet. Additionally, you need to populate the planet and avoid private paramilitary forces reaching Vault.

Borderlands 3 is played in first-person perspective mode either in single-player or duel and competitive PVP. The game features the ability to explore the planet and complete the missions and quests and its gaming environment is much similar to enjoyable cartoon-style graphics. The game starts with players selecting one of the four characters. Each character in the game has a unique skill and special abilities with certain weapons for combat. Players start the game with the ability to equip two weapons and later on gain up to four weapons. From then players take on missions and quests and gain rewards, points, money, and experience.

Destiny 2 is a free-to-play online multiplayer first-person shooter video game developed by Bungie. If you are a huge fan of Borderlands 3 and borderland series games then you will definitely love playing Destiny 2 – New Light game. This game was released for PlayStation 4, Xbox One, and Microsoft Windows platforms in the year 2017. Later this game got changed to Destiny 2: New Light supporting the latest devices Playstation 5 and Xbox Series X/S platform. Destiny 2 gameplay features a first-person shooter game that incorporates online multiplayer role-playing. The player assumes the role of a Guardian who protects the earth’s last safe city humanity from different alien races and combats the threat. For more details about the complete gameplay of Destiny 2 visit here.

Rage 2 is a first-person shooter game developed for Microsoft Windows, PlayStation 4, and Xbox One devices. Its gaming environment is very much similar to the borderlands series. If you are looking for games like borderlands 3, Rage 2 game is the best option. It is free to explore an apocalyptic open-world game where the player is given control of a ranger named walker. Walker has various firearms and tools to fight against enemies. The Player’s main aim is to control the walker who must survive in a world inhabited by dangerous mutants and bandits. This game also features vehicular combat, player can combat using trucks, buggies, and gyrocopters. Find out more about the Rage 2 Game and Its Gameplay here.

Warframe is one of the best games like borderlands 3. It is a free-to-play action role-playing third-person shooter multiplayer online game for Windows PC, PlayStation 4, Xbox One, Nintendo Switch, PlayStation 5, Xbox Series X/S. Warframe gameplay features action role-playing that includes shooter, RPG elements that can be played in single and multiplayer mode. The player needs to create the character Tenno with a basic armor unit called “Warframe”. Thereafter player needs to select any of the available missions and complete the missions and progress through the game. Since the gaming environment of Warframe is very much similar to the borderlands series Warframe is the best alternative to Borderlands 3. For more details about the Warframe Gameplay visit here.

Risk of Rain 2 is an action role-playing third-person shooter game developed by Hopoo Games for Microsoft Windows Pc, Nintendo Switch, PlayStation 4, and Xbox One devices. If you are looking for a gameplay that is similar to borderlands 3, Risk of Rain 2 is the best option for you. Risk of Rain 2 gameplay features up to multi-player(four players) where the player aim is to control a survivor who is last stood on an alien planet by navigating through the various environments, killing enemies, monsters, dangerous creatures, and looting chests to collect defensive and offensive capabilities. The game received hugely positive reviews and considered an alternative and similar games like borderlands 3.

Diablo 3 is the third version of the diablo series and regarded as the best alternative and similar games like borderlands 3. It is an action role-playing game developed for Microsoft Windows, OS X, PlayStation 3, PlayStation 4, Xbox One, Xbox 360, Nintendo Switch devices by blizzard entertainments. The game features the players choosing to play as one of seven character classes – Barbarian, Crusader, Demon Hunter, Monk, Necromancer, Witch Doctor, or Wizard. Diablo 3 gameplay involves players defeating the Lord of Terror, Diablo. Because of the similar gameplay like borderlands 3 this diablo 3 gameplay received a huge response among the gamers.

Similar to borderlands 3, The Outer Worlds Game is one such action role-playing game that got a huge response from gamers across the world. The Outer Worlds is an RPG developed and was released for PlayStation 4, Xbox One, and Microsoft Windows Pc, Nintendo Switch devices. The gameplay features role-playing with a first-person-perspective where the player can create their own character and unlock the ship. To know more about the outer worlds gameplay visit here.

All the listed above games and their gameplay is very much similar to borderlands 3 games. Guys do share your gaming experience and playing with the above games here so that everyone can get benefited. Friends we will be adding more games like borderlands 3 here. So stay tuned here by subscribing and bookmarking the page for more alternative games for borderland series. 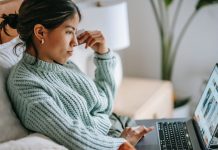 5+ Games Similar to Fallout 4, Best Video Games like Fallout 4 that are not be missed playing!!!!